Carl Van Hoozier Reflects On His Time At Vulcan

From mowing the lawn to sales and operations, Carl Van Hoozier Jr. has spent the last 45 years building his career at Vulcan. Set to retire this year, Carl started working for Vulcan in high school mowing the lawns. Van Hoozier was so taken with Vulcan he asked for a full-time position.

“You just kind of fall in love with the business and the company itself,” said Van Hoozier. “I come out to these quarries each day and I’ve done it for so long but I still enjoy it, just like I did the first day.”

Van Hoozier has worked his way to become Manager of Community and Government Relations and has some advice for Vulcan’s next generation of employees: “If you have a chance to work for this organization, you need to do that. Learn all you can learn because it’s a nice career. I’m very proud of my almost 45 years. It will get in your blood.” 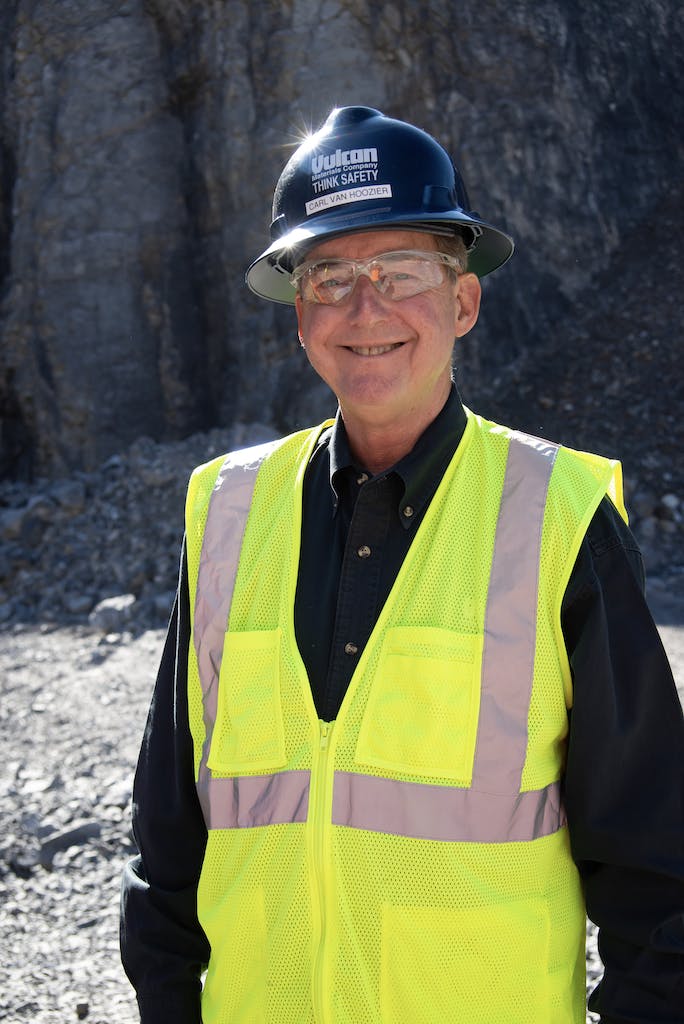 As he looks toward retirement, Van Hoozier said the feeling is bittersweet. “I’m going to miss the heck out of it. Hopefully, they’ll let me come through the gates every once in a while,” Van Hoozier said. “It is like a family. When I tell somebody I work for Vulcan Materials company, it makes me proud to be able to do that.”

Diana Fernandez graduated in May, 2017 with a B.S. in Mining Engineering from Penn State University. She was accepted into the Operations Trainee Program at Vulcan Materials and quickly became a rockstar in the Central Division...

While all Vulcan employees consider their fellow employees family, some, like the Moffetts, share more tangible family ties. Cody Moffett began his career at Vulcan two years ago as a haul truck driver and became the latest generation of Moffetts working at Vulcan...