The morning of the first Vulcan McCook Quarry Crusher Run started with gloomy skies and rain clouds, but the weather turned around in time for over 600 runners to get some exercise while enjoying beautiful views inside the quarry. Runners from throughout Chicagoland came to the McCook Quarry on June 23, 2019 to run a Single Crusher (3.2 miles) or Double Crusher (5.6 miles).

The event supports Folds of Honor, a non-profit that provides educational scholarships to the children and spouses of wounded and fallen service members.

Vulcan’s Quarry Crusher Run series includes races at nine of the company’s facilities. One dedicated runner, Michael Watson from Phenix City, Alabama, attempts to run all of them each year.

After a friend invited him to join her and her husband on the run, Watson was thrilled.

“I said I’m only going to do it if we do a double and I’ve been doing doubles ever since,” said Watson.

The McCook Quarry Crusher Run was fortunate enough to have some veterans in attendance, including 75-year-old Vietnam veteran David Rolston from Hammond, Indiana. Rolston served three years active and three years reserve in the Marines, and spent 24 months in Vietnam.

“I run not necessarily for myself but the 58,000+ of my year in Vietnam that never had the opportunity to have the life that I’ve had over a half century since I got home,” said Rolston. 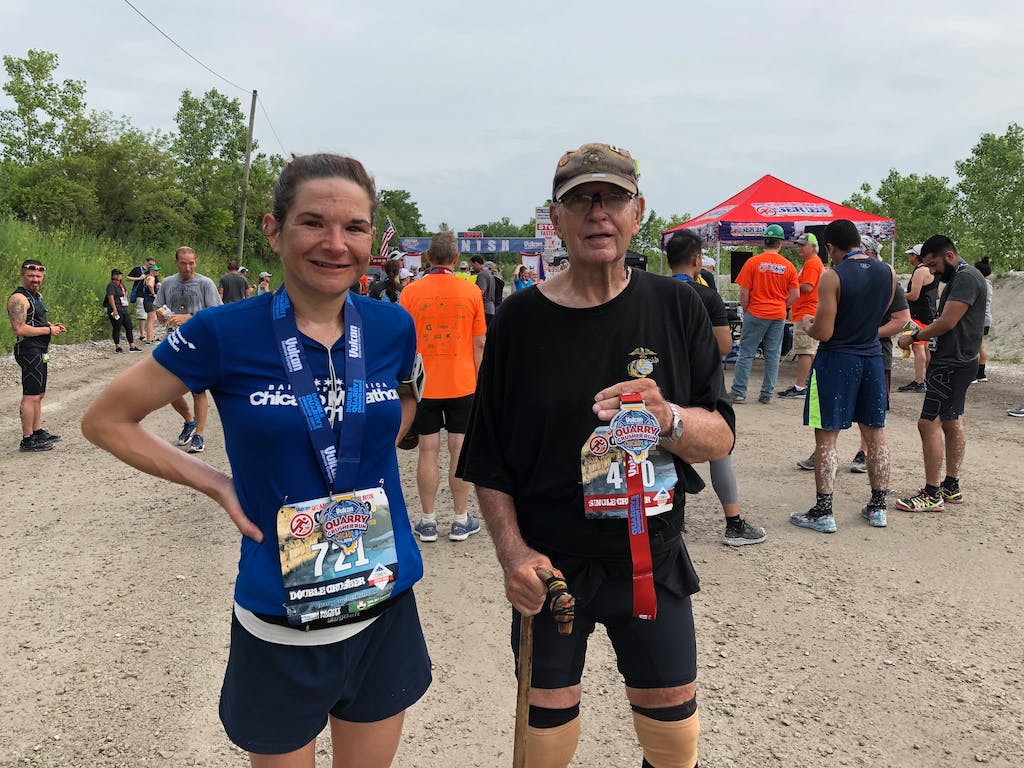 The event also brought in sponsors such as Orangetheory Fitness, who were happy to be a part of the cause.

“We’re really proud and honored to be part of the run today and to support the great work that that organization does,” said Jacquie Fowler, the owner of two local Orangetheory studios.

Fowler and her team of 20 Orangetheory members ran the Single Crusher Run.

“Eleven percent incline is a little intimidating,” Fowler said. Even though the race can be a challenge, Fowler noted, “It’s a different race, which is kind of fun.”

“The inclines were no joke,” said Errico.

Errico expressed that not only did she like the run, she enjoyed partnering with Vulcan for the LGBA.

“It was an awesome opportunity for the LGBA to be able to partner up with Vulcan and support their race,” said Errico. “It was really awesome to help get runners out here and into the community and get this exposure to this beautiful quarry and get a good run in.” 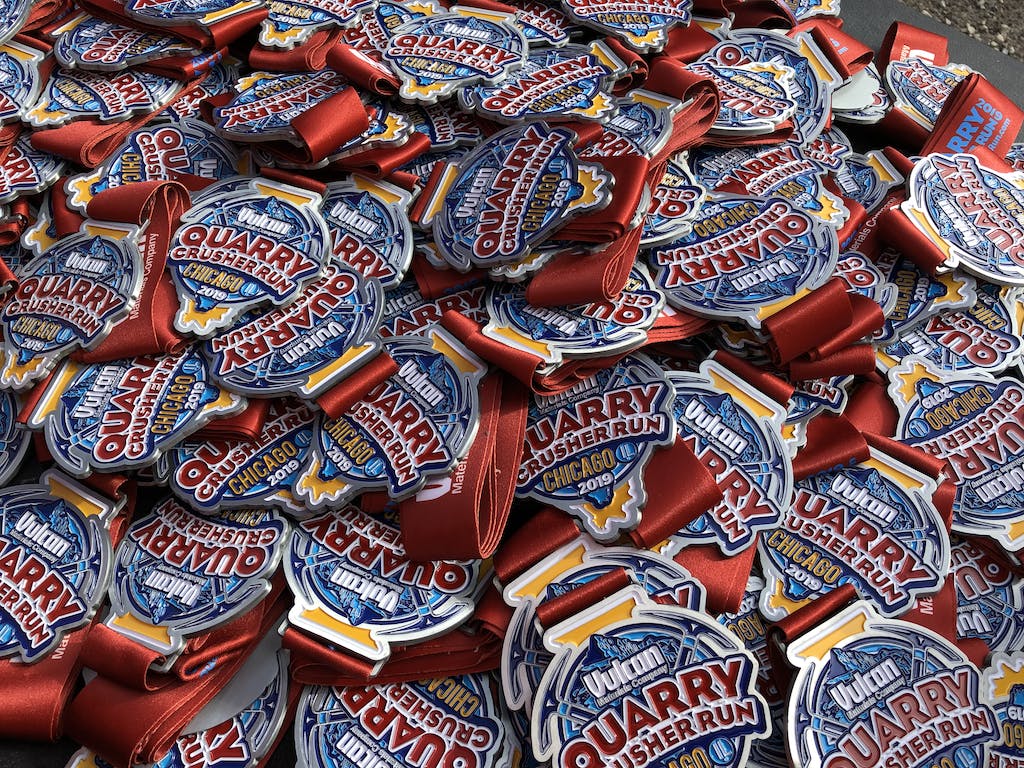 Another runner to take on the Single Crusher was Congressman Dan Lipinksi of Illinois’ 3rd District.

“It was incredibly hard,” Lipinksi said. “It was the hardest one I’ve ever done. Nothing is tougher than that, both going downhill and uphill.”

“It was amazing. Going up and down the hills. It was tough,” Watson said.

Although she enjoyed the challenge of the run, she noted her favorite part was seeing inside the quarry.

“I was always curious about the quarry and everything and always wanted to see what it looks like on the inside and I got a chance to actually view,” said Watson. “It’s so beautiful, the rock formations and everything.”

Tommy Garbacz, an Environmental Specialist at McCook who ran the Single Crusher, was happy the community got an opportunity to see where he works everyday.

“I think there’s a lot of interest out there in the community about what goes on inside the gates and over the high walls,” said Garbacz. “To see people come in and look over the high wall and just be amazed by it is really cool.”

With over 80 Vulcan volunteers from across the state helping out with the event, McCook’s first quarry crusher run was a success, with many already counting down until next year.

“If you do it again next year I’ll be happy to come again,” said runner Lillian Watson.

Until recently, the small, aging runway at the McGhee Tyson Airport near Knoxville, Tennessee has limited the economic boost the airport could provide. Vulcan was offered the opportunity to supply the majority of the materials required for runway expansion exspanion, but this opportunity didn’t come without its challenges...